In the past several years I’ve been very fond of saying that moving into the 21 century has very much been a return to our roots. We are finding words like ‘tribe’ and ‘community’ ringing through the din of post-war individualism and we are turning to each other with words of trust and collaboration. Some of us are starting to see the established (and, pre-internet, necessary) forms of identifying reliability, competence, insight and creativity as outdated and difficult to work with. We are looking to the whole identity of a person, to the ways in which they have built the work and network they have as method of vetting the people we wish to work and innovate with. We are less interested in degrees, in ‘certificates’, as, for many of us in technology or education, these degrees do not actually mean very much. These are not new things… they are very old things… very old words, coming back to us.

26 centuries ago, a now very famous philosopher was bemoaning the advent of writing. Socrates was very much afraid that people would use the text of a written book to simply recall things that were said… that there would be no need for them to understand and engage with the work itself. He very much worried about the ideas that were printed in a collection of pages, that once written down they would not be able to defend themselves, that the ideas would become stagnant and unmoving. He wasn’t wrong, I don’t think, to be worried about these things, as texts have very much become things that are static, that can be stagnant, and they’ve become things that we in education expect people to simply be able to ‘recall’ and not to understand. 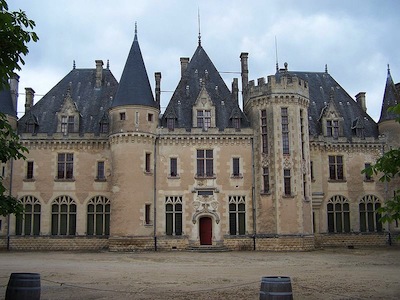 5 centuries ago, a quite excellent philosopher was sitting in his reading room at what is a quite incredible Chateau. He was a very odd philosopher in some ways, as he saw working on books as a conversation with the authors themselves, and, indeed, as a long term conversation with himself. He would leave three or four paragraph reviews on each of his books, giving himself or a future reader of the book a sense of what they had to expect from this book should they ever pick it up. He was also fond of the personal essay. He would write of himself, of ethics and morals, of the things that were important to him in an open, easy style, that focused on the audience as much as the ideas. He was, in many, many ways… a blogger

80 years ago, a senate resolution was considered on the banning of dial telephones from every senators office. They claimed that this new fangled technology contributed not one whit to the efficiency or ease of use of the telephone, that it simply complicated matters, and they wanted to return to the manual phone. They complained that in order to efficiently use a dial telephone one had to be constantly concerned about the light being in the right position, and, iniquity of all iniquities, if one did not turn the dial the entire way around, one was connected to the wrong person. It was an impossible situation. And one, I might add, that was only solved by the installation of two entirely different sets of telephone systems running side by side inside the same building. One manual, run by operators, the other automated through the use of dials.

Three simple examples of people being a bit outside of their time. Our poor friend socrates was watching the dialectic, open discussion as the pathway to enlightenement and the refining of the intellect slowly drain away. Montaigne was out there, blogging to us, from 500 years away. And 100 powerful men were afraid to change, nervous of new ideas, and complaining that they didn’t work, rather than make the little adjustments they needed to make in order to live in a world that was changing around them. We are playing out one of the many sine waves of history. Control centralizes, and it moves apart. We need to lock many people up in one location to build a pyramid, then spread them out to ride horses through Gaul. We brought them back together again to work in the factories and are now coming to terms with spreading them out again.

One thing that certainly hasn’t changed is that the old guard is still slow to adopt. They are still comfortable in the ways that brought them to power, and many see any change of the status quo as an implicit threat to the power that they worked hard to get to. And we ourselves have mostly lost track of what we are trying to do when we educate people. Socrates, he was sure I think. We wanted people to understand justice, love, honour. He thought that if you forced people to question their ideas enough, you would come to see the truth. For Montaigne, he saw the sharing of himself, of his thoughts, of his humility of spirit as the best gift he could hand off to his fellow man[sic]. So often, though, education is just about maintaining what we had before.

If we are to teach 21st century skills, what are they for? Are they for the world we feel we know they need to live in, as with Socrates? Are we moving forward with Montaigne’s humility? Or are we simply going to try and make them the things that we understand… the three Rs of remembering and testing?

5 thoughts on “26 centuries of skills”